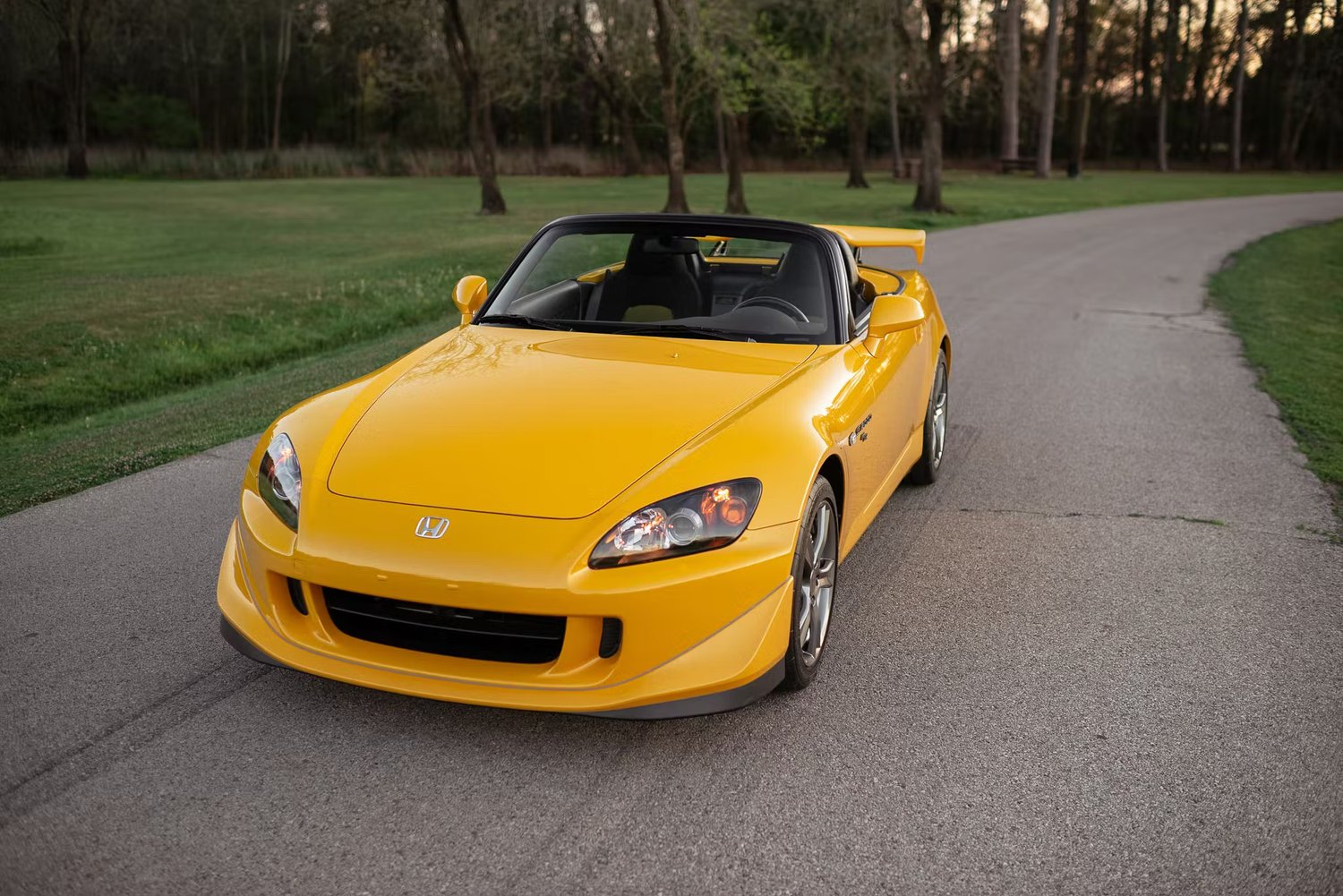 There is a lot of uncertainty in the world right now. We’ve touched on what the coronavirus pandemic means for the global car market, but the situation for many auction companies is sink or swim. Live auctions that were planned for spring or summer have been postponed until the fall or moved to online-only, as is the case with RM’s Palm Beach auction in late March and its upcoming Essen auction in June.

It was clear from the listing that this car was special. For one, this CR had only been driven 1300 miles. On top of that, the car was originally owned by Honda’s American arm, then sold to an employee.

Fewer than 700 S2000 CRs were produced between the 2008 and 2009 model years. To reduce weight and lower the center of gravity, the S2000 CR did without the base car’s spare tire and only offered air conditioning and radio as options. This CR has those options, making it less rare but more livable. (Fewer than 10 percent of CRs were optioned with the dual delete.) Neither is this car the rarest color—that honor belongs to Grand Prix White, with only 90 made. Like all CRs, it wears a two-tone, yellow-and-black interior with Alcantara trim.