A guy is at the rear of bars immediately after allegedly thieving a car or truck and managing from the police with a youngster in his arms.

Mario Oliver, 34, is billed with evading arrest, resisting formal detention, theft of assets and child abuse/neglect after two incidences at the starting of Might.

On May possibly 4, the Memphis Law enforcement Division (MPD) responded to a auto crash and auto theft at about 11:15 a.m. at I-240 westbound and Millbranch Street.

The sufferer instructed police he was driving on I-240 when he observed a 2002 Chevrolet Tahoe that had crashed and rolled over into the ditch, an affidavit claimed.

In accordance to a report, the sufferer said he stopped and parked his 2019 Dodge Ram on the emergency shoulder to guide the driver of the Tahoe when that driver ran to the victim’s truck and allegedly sped absent.

The victim’s truck was entered as stolen.

On May possibly 6, officers ended up patrolling the space of S. 3rd Avenue and Horn Lake Street just soon after 12 p.m. when law enforcement noticed the stolen truck parked at the gasoline pumps of the Exxon in the 4000 block of S. 3rd Road, police stated.

The truck was occupied by a gentleman, afterwards identified as Mario Oliver, and a girl.

Down load the FOX13 Memphis application to acquire alerts from breaking news in your neighborhood.

In accordance to records, when Oliver noticed police, he fled from the truck carrying a 1-yr-old.

Even though jogging, he dropped the kid and continued working, disregarding the orders he was being provided by officers to stop and surrender, the affidavit stated.

Officers were being in a position to capture Oliver soon after he fell to the floor whilst operating. The suspect tried to flee and would not place his fingers driving his again for handcuffing.

Officers last but not least handcuffed Oliver and placed him below arrest, law enforcement said.

The 1-12 months-aged was checked out by paramedics and no accidents have been discovered. 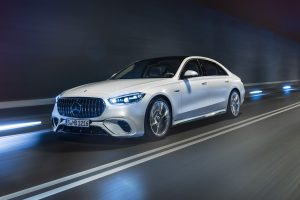